There’s nothing like the Alps to fill you with child-like glee and make you squeal with delight at every little sight of them. We just cannot seem to get enough of them and have been very fortunate to see the extensive, breath-taking range of the German, Austrian and Swiss Alps.

Füssen and Schwangau are located in the midst of the Allgäu Alps – which extend across Bavaria in south Germany and Tyrol & Vorarlberg in Austria. The little town is about an hour from where we live (in Ulm). After an exhilarating drive, we arrived at our Scottish/Irish themed hotel where we had a fabulous night of whisky tasting. It had been so long since we had drunk good whiskies in this beer-famed land. We lost count of how many whiskies we’d had – each one better than the last. They had SUCH an amazing collection of whiskies from all around the world! This was our primary motivation to book this hotel of course. The hotel itself was quite nice – friendly staff and located very close to the Hopfen am see, one of the many lakes in the region.

The lake was frozen of course, considering the sub-zero temperatures we’d been having through January. And, in just a minute we were away from the hotel and on the lake, taking a walk on the ice sheets. We were just blown away by the beauty that surrounds this small town.

It was our first time walking on a frozen lake and we weren’t sure how far out we should venture especially considering there were some sizable cracks across the lake and we were the only souls on the lake!

We then headed over to the Tegelberg mountain in Schwangau. This was just a few kilometers out from Füssen. Tegelberg is known for its winter sports and you can find a whole bunch of people skiing including teeny kids. They all row up in their groups, all padded up and carrying their ski gear, looking super excited with no trace of fear – ah, they were such fun to watch!

We took the Tegelbergbahn or cable car up the mountain. It was a beautiful but somewhat suffocating a ride. The little cable car fills up nearly 45 people standing shoulder to shoulder with their noses almost touching the glass door! It was such a surreal experience compared to our cable car rides in Switzerland. But when we got out of the car, the views took over everything else. The Alps oh, the gorgeous alps .. they were everywhere.

We decide to hike up the snow-covered Telgelberg mountain to get to a higher point. It was a steep, slippery climb but with the prettiest views all along the way.

We make way for skiers, young and old.. we also make way for a dog, a cute labrador that climbed up the hill so effortlessly wagging its tail ever so cutely.

Huffing and puffing, we make it up to the top, and are rewarded with breath-taking views. And, excited to take a peek down the big mountain, I take a few steps dangerously close to the edge.. and I am washed over with the sweetest rush of fear and joy.

We just stand there in amazement with all the other guys that made the climb.. just soaking in all this wondrous beauty. After a bit, we make the descent. Going downhill is always tricky and going down a snow-trodden mountain is even more tricky.. keeping our balance and taking small careful steps, we make it down to the restaurant. We get some grub and beer and sit down to have our lunch by this gorgeous view.

Reluctantly, we make our way back to the cable car and down to Schwangau. We then drive over to Füssen.

Füssen is such a pretty little town. It is known for the Neuschwanstein castle which technically is actually in Schwangau.. People stay at Füssen when visiting the castle and are just rushing through to their next destination and barely explore this gem of a little city. Not only is it picturesque with the lovely Lech river flowing through and with the Alps in the background, it is rooted deep in history and tradition and was luckily untouched by the world war destruction.

We got to the Hohes Schloss / High Castle a little late and we couldn’t check out the inside but were able to walk around the inner courtyard and admire the unique art decor of the castle.

On the way to the castle is the Basilika St. Mang – the interiors and ceiling art of this abbey church is simply beautiful. And, they have the most embellished church organ I have ever seen. And we were in love with their cherub pulpit – so intricate and unique! Simply loved the church. Germany has some of the most beautiful churches.

Not too far from the town is the Lech Falls. This is just the prettiest little falls ever in the midst of surreal alpine beauty. The gorgeous emerald waters of the Lech river fall down and flow around the city of Füssen. 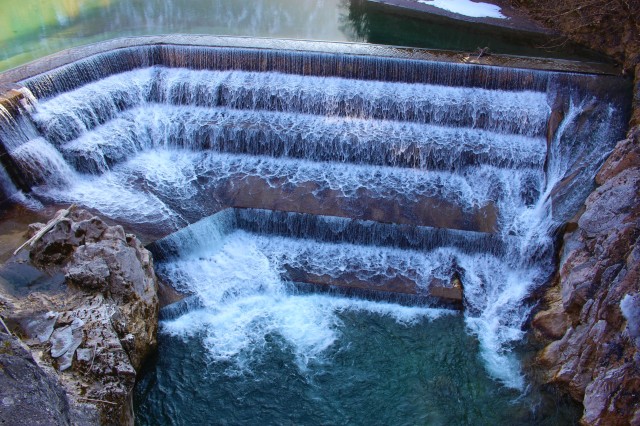 We just walked around the area of the Lech Falls taking in all the beauty.. Slowly, we make our way back to the town centre – Altstadt. 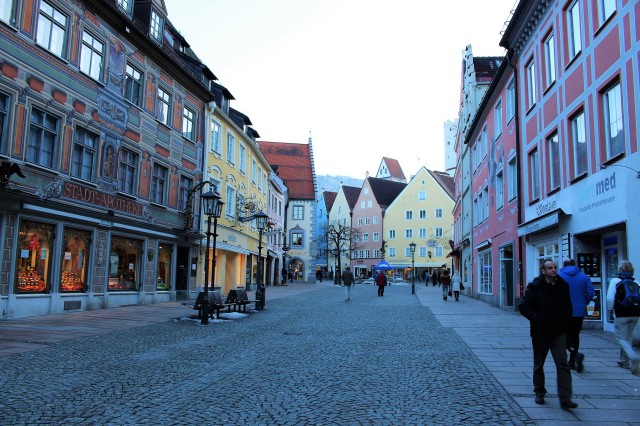 We make a short stop to pick up some Schneeballs  a delicious local pastry that has been around for 300 years or so! It’s available in a multitude of flavors and being coffee lovers, we went for one in a cappuccino flavor.

After a few more strolls around the little town and a couple of local beers, we arrive at the Schlossbrauhaus in Schwangau. The two little towns are just a few kilometers apart and we sure did some back and forth in this one day.

This seemed to be a popular brewery in this neck of the woods and they claimed to serve some craft beer as well. Now that definitely got our attention and we were excited to try out their beers. Unfortunately, we were quite disappointed in their so-called “craft beers” which were really just the traditional German Pils and Weizens. We don’t mind the traditional German beers especially the wheat beers but their beers were a disappointing version of the traditional beers even. That said, it wasn’t all wasted time as they served some finger-licking local food! And, they had some sort of a local event that day and there was a whole bunch of locals dressed as kings, queens, soldiers etc. and it was fun just watching these finely dressed people gather around a few beers. We were just minutes away from the famed Neuschwanstein castle and no wonder we had royalty flocking the bar.

If you’d like a good pint in the area, you should visit the Allgäuer Stüberl or Hotel Hirsch (both serve some delicious Bavarian brews and lip-smacking local food). Not being a huge fan of the Pils, we usually stick to the Weizens when it comes to traditional beer in Germany.

At the Hotel Hirsch

The next morning, we visited the Neuschwanstein and Hohenschwangau castles. So, to be honest, it was our last item on the things to do in Füssen. The Neuschwanstein is a pretty looking castle, inside out. But, the insane crowds that throng to it even during the coldest of winters and take a trip all the way here just to see the castle is beyond our understanding. Blame it on Walt Disney for making this “Sleeping Beauty” castle such an obsession with tourists visiting Germany. And no, this is not all that this beautiful country is about. Well, nevertheless, it is a beautiful castle with splendid architecture and is worth a visit if you’re in the area. And do take the short trek to the Marienbrücke, a little bridge not too far from the castle that offers a full view of the castle and some beautiful views of the surrounding area.

Note that visiting the castle has to be carefully planned. You simply cannot be late for your reserved time slot – if you do, you will not be allowed to enter at all. We reserved our tickets online (we took the king’s ticket) and skipped the long queues to purchase the tickets. We took an English guided tour; the guide was friendly and did a decent job of recounting the life of King Ludwig II (known as the mad king). King Ludwig led a fascinating although lonely life and died under mysterious circumstances. He was obsessed with castles and swans among other things. The Neuschwanstein (new swan stone) castle has lavish and beautiful interiors and the art that adorns the walls are spectacular. The castle tour itself felt way too short and rushed; well, it had to be this way so it could accommodate the crowds that visit the castle everyday.

Our guide for the Hohenschwangau castle was more impressive, giving us some interesting, humorous anecdotes of King Ludwig II and his family. The interiors of this castle is just as lovely, may not be as extravagant and rich in its decorations but quite exquisite nonetheless. The artwork and the Turkish inspired designs are admirable. The Hohenschwangau stands on the ruins of the old Schwanstein castle and the  Neuschwanstein stands on the ruins of the original Hohenschwangau. They sure mixed the heck out of these castle names!

The castles are close to the Alpsee which like the other lakes in the area was frozen. There were many more people out walking on this lake (some were even running and jumping) and this time around we ventured farther into the lake and had the most wonderful time.

For us, the castles were definitely not the highlight of Füssen and Schwangau. They are worth a visit for sure but you’d be missing out on SO much if you do not check out the sights in and around Füssen.

Füssen and Schwangau are fairy tale towns even without the castles and we have some of our most cherished travel memories from these two little towns.

8 thoughts on “Füssen and Schwangau – a little piece of heaven” 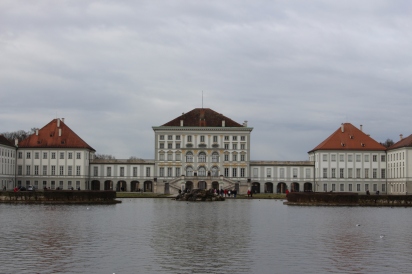 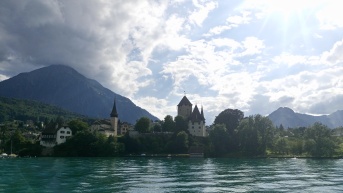 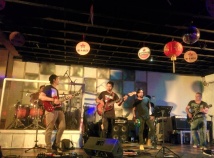 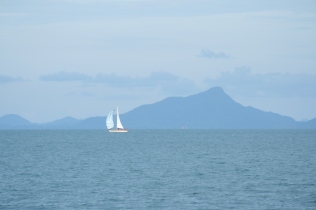 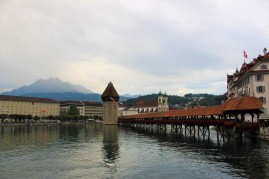 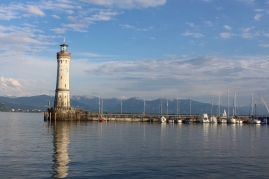 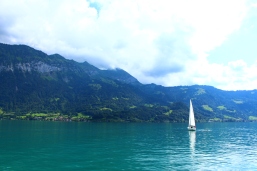 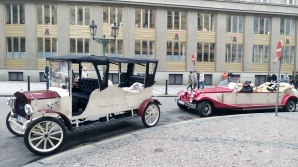 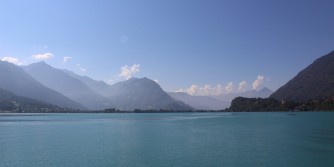 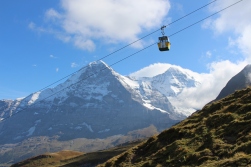 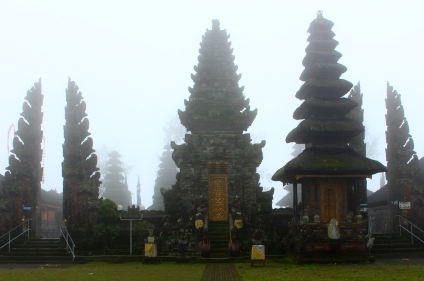 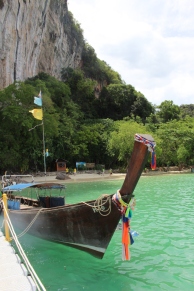 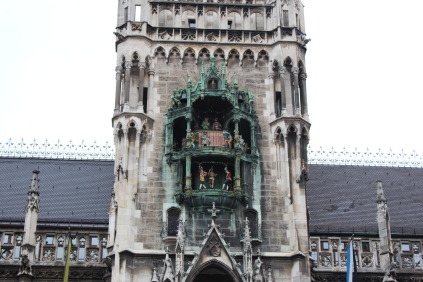